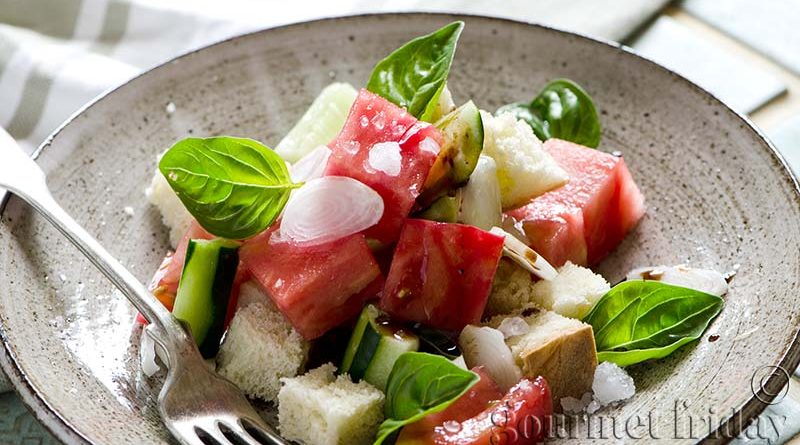 Panzanella is traditional for Tuscany And Central Italy summer salad of stale bread, tomatoes, red onion and basil. As you can guess from the ingredients, it comes to a dish typical of the poor inhabitants of this region. In fact, tomatoes appeared in the salad in the 20th century. Until then, the base is bread and onions.into a large bowl Its name the salad bears from the Italian words “pane” (bread) and “Zanella”, a deep dish in which the salad is served.

Modern Panzanella usually consists of stale bread, tomatoes, onions, olive oil, vinegar, salt and pepper. Basil and cucumber are often found, which we also added. The other ingredients can range from lettuce and olives to anchovies and celery.

Cut the onion into crescents, pour it into the bowl with water and add 1 tbs. vinegar. Cut the bread into cubes and pour into a baking dish. Sprinkle generously with olive oil, add salt and pepper and bake in a heated 220 degrees oven until a golden crust is obtained (about 15 minutes). Transfer the bread into a large bowl. Add the chopped tomatoes and cucumbers. Stir, salt and season to taste with olive oil and vinegar. Finally, add the drained onions and basil and cool the salad for half an hour in the refrigerator before serving. Sprinkle with pepper. 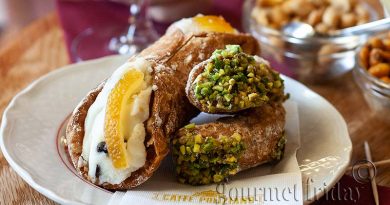 Cannoli with Ricotta Have you tried these fresh, sweet crispy tubes, stuffed with cream or ricotta and often flavored with 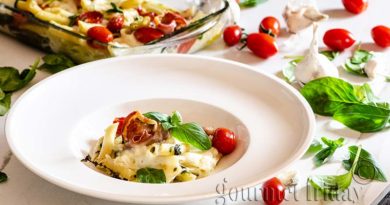 Backed Caprese Pasta As you may know Italian pasta is well-regarded and revered around the world. Thousands of variations can 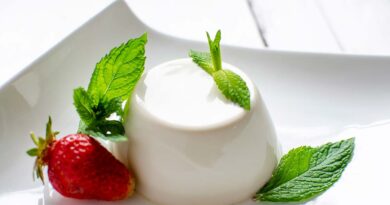 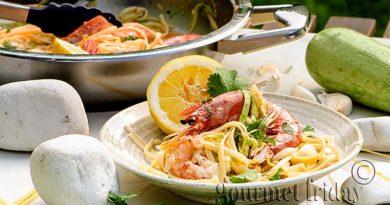 Linguine with shrimps and zucchini

Linguine with shrimps, zucchini, parmesan and spices There is time for sea, outdoor lunches and light fresh meals. And this 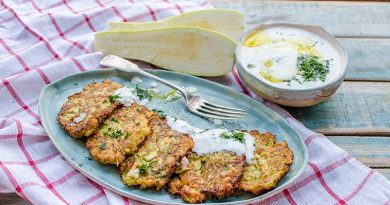 Zucchini meatballs Another recipe with our favorite zucchini. If I have to be honest, as a child, one of the 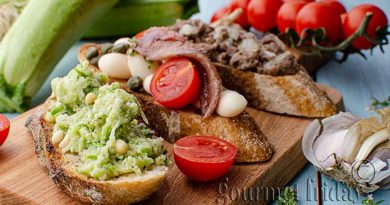