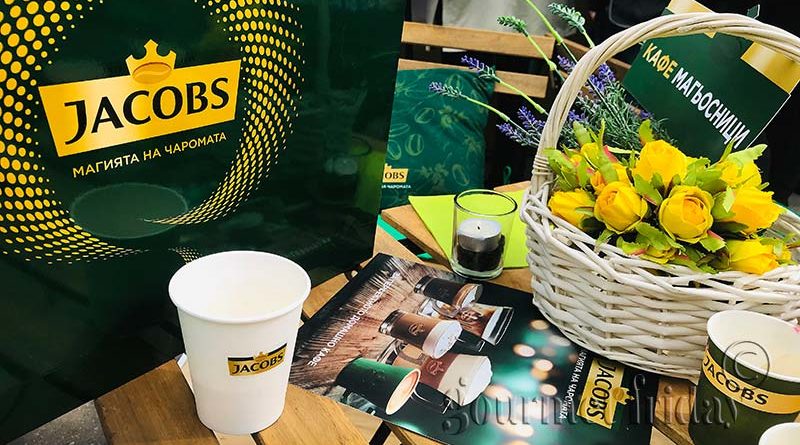 Thanks to the successful start in 2017 and its numerous admirers, Orbelus Rhythm & Wine will take place for the third time on 11 May 2019 year. The first of its kind Balkan Spring Wine Festival unites the rhythms and the wine from the beautiful lands of Bulgaria and bordering Greece and northern Macedonia.

The virtuoso ethno-jazz musicians Theodosii Spassov, Vladko Stefanovski and Thanos Stavridis – the three pets on the Balkan Peninsula are traditional, special guests of the festival. 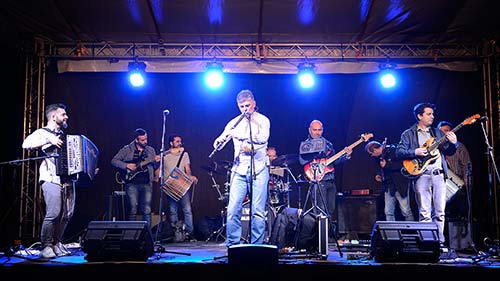 and its cosmic style, unifying folklore, jazz and classical music are appreciated by the respected Bulgarian music audience. Virtuoso performer of the Kaval, he first began to perform jazz on this instrument, and in recent years wrote music for Symphony Orchestra and Kaval. For his style of performance is spoken as a new style in jazz. Winner of many distinctions and awards, among which the award of the International Academy of Arts in Paris (1996), “Musician of the Year” (1997) and (2002), the statue of Apollo Toksoforos, for his long-standing bright presence in the Bulgarian musical life and His successes in World scenes (2001). There are over 20 CD’s issued with solo performances and different music formations. In 1994, his name was included in the World Music Encyclopedia, released in London.

And his acoustic guitar collect thousands of fans around the world. Its unique style of playing shows not only technical but also emotional virtuosity. In his music he gathers east and west, rocking and folklore. Born in Prilep, a family of Teatralof, Vladko Stefanovski plays guitar from an early age. In 1976 he founded (already) the legendary band and Sol, which released 14 albums. There are very successful solo albums, and today its popularity is worldwide. His numerous joint appearances include renowned names such as the London Symphony Orchestra, the Leipzig Symphony Orchestra, the Monte Carlo Philharmonic Orchestra, the Tonkunstler band, Vienna, the Symphony Orchestra, Sofia, the Slovenian Philharmonic Orchestra and many Other.

Unites jazz and ethno music through accordion. Born in Langadis, Greece, Thanos started playing the accordion at the age of six. She graduated from the music Faculty of Aristotle University of Thessaloniki. She has participated in numerous concerts and festivals throughout Greece and the Balkans, founded the people of Langadis, whose head is today, teaches in the withconservatories of Athens and Thessaloniki. One of the founders is the association “Friends of Jazz” and the Greek association of accordion teachers. In the beginning of 2017 he was nominated for the award of the German music critic in the category “World Music”.

Along with the unique virtuosos from Bulgaria, Greece and the Republic of Northern Macedonia, lovers of interesting wine experiences will have the opportunity to taste and unfamiliar wine varieties.

Orbelus is in the heart of the Struma Valley, which is unique for its nature and soils.

Here, in this corner of Bulgaria, is the only place where the Mediterranean climate, along with the sandy lands of the Melnik region and the seven mountains that surround it, create the perfect combination for unique local wine varieties such as early Melnik vine (Melnik 55), Wide Melnik vine and Sandanski Misket. Melnik 55 is the short name of the variety early Melnik vine, which shows the year in which it was created in the experimental laboratory in Sandanski as a cross between wide Melnik Vine and the French variety Valdadige. The variety is extremely suitable for the climatic conditions of the region and it makes aromatic and delicious wines suitable for ageing and a style approaching that of Merlot. Orbelus, in addition to being the first bio-certified Winery in Bulgaria, is one of the first to actively devote itself to local varieties. Besides Melnik 55 and Sandanski Misket often the wines are a coupage in an interesting Bulgarian variant with international varieties such as Cabernet Sauvignon and Chardonnay: French partner with local and accentuate the nuances of the authentic terroir.

Winery Florian from Greece near Thessaloniki,

is actually a family project of Germans, with many years of experience in winemaking. They discovered the wonderful terroir of Epanomi, in northern Greece a few years ago and became one of the favorite of the local wine audience. Their wines are remarkable because of the incredible combination of Western know-how and the love of the varieties and the terroir of our southern neighbor.

and located on a straight line west of Sandanski, in the uncool, today the cellar is one of the big names in the local wine. Their serious production of over a million bottles is exported to 36 countries, and the varieties they work with range from the neck and the other through Cabernet Sauvignon and Merlot to Sangiovese and Petit Verdo.

The third edition of Orbelus Rhythm & Wine will be held on 11 May, Saturday, from 18.00 o’clock in front of ORBELUS winery, Kromidovo.

A transport to the place of the event is provided from Sandanski, Petrich, Melnik and Rozhen. Hours and points of departure – on Facebook page of the festival.

Orbelus, Florian and Bodin will show the authenticity of the wines from the region. 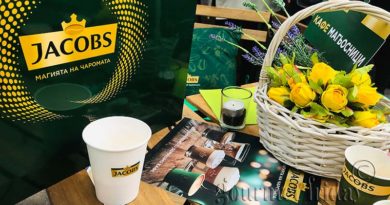 Spring Tour of Jacobs The perfect cup of coffee is not just a dose of caffeine that you inject, it

Lasagna salad with tomatoes and mozzarella

Grape and goat cheese bites with honey and nuts