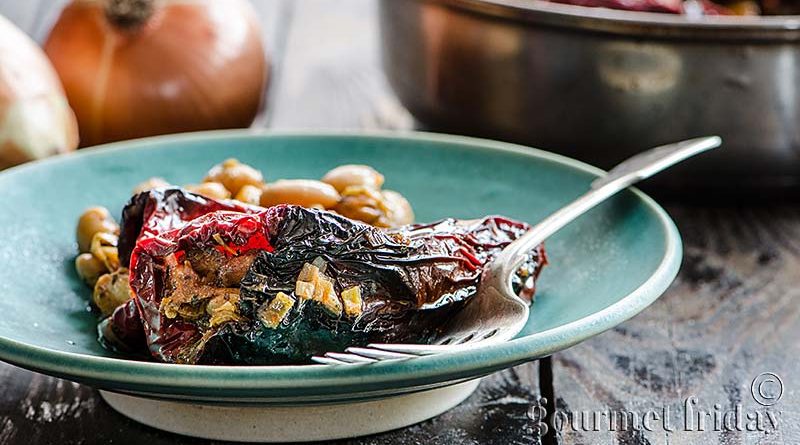 One of the most beloved dishes at our Christmas Eve’s feast is stuffed dried peppers with beans and leeks. Ever since I was a child, I’ve adored the sweet and smoky taste of dried peppers.

Soak the dried peppers in boiling water for 10-15 minutes. After that, take them out and drain them. Meanwhile, prepare the stuffing by frying the finely chopped carrot in a big pan with cooking oil. Then, cut the leeks, add it in the pan and cook until golden. Add the boiled and drained beans and the tomatoes and mix. Add the paprika, the dried spearmint, the summer savory and some salt. Mix again and remove from the oven. Stuff the peppers with the mixture. Arrange them in a tray, pour a little oil on top and add some water. Bake on 180˚C until ready. Enjoy! 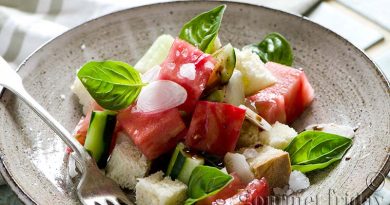 Panzanella Panzanella is traditional for Tuscany And Central Italy summer salad of stale bread, tomatoes, red onion and basil. As 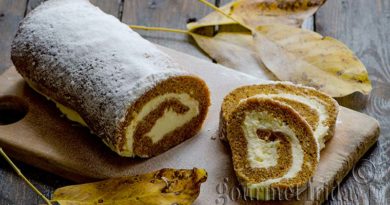 Pumpkin roulade Taste this homemade dessert with pumpkin and exotic aroma and fresh Philadelphia cheese filling. I love the aroma 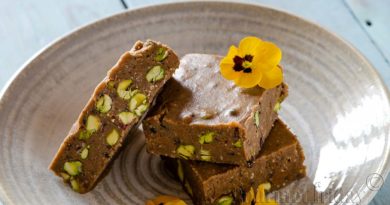 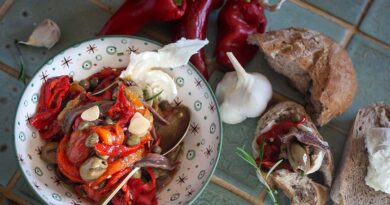 Tiramisu with a panettone or Easter Bread

Shrimps with sesame and aioli

Torta Della Nonna from the region of Florence